In my last post, I wrote about what “faith” means in a Christian context. It’s a complex and multi-faceted term, but it is important to appreciate that faith is not just an aspect of Christianity. It is a part of life.

“…faith is a dimension of the human existence as such. There can be no human life without the presence of faith. The opposite of faith is not doubt but nihilism – the loss of order, meaning and purpose in life… The scientist cannot operate apart from faith – faith in the dependability of nature, the orderliness and intelligibility of the universe, the unity of nature and the harmony of its laws. Social life is impossible apart from faith. We cannot exist without elemental trust in each other. If you doubt this, consider what one terrorist attack can do to undermine our confidence in the social order. And we act as if this social order is to some degree moral. We assume and affirm that there are things we ought to do and things we ought not to do. Although we may not agree on which things are which, we act with moral demands that are binding. These beliefs point to the fact that we cannot exist as humans apart from faith. They are justified not because they are demonstrable but because we cannot live without them. They constitute a primordial faith.” (The faith of the Christian church: an introduction to theology) 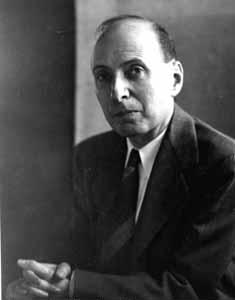 END_OF_DOCUMENT_TOKEN_TO_BE_REPLACED

The title of this post contains a pair of words that can be difficult to nail down. Let’s take them one at a time:

In common parlance the word “theory” is used to denote something purely conceptual, usually in contrast to something which has been implemented in the real world. This causes difficulty when referring to scientific theories, because in science, the word carries somewhat different implications. Scientific explanations for observed phenomena start as hypotheses, which are basically conjecture. After more testing and data collection, if the hypothesis appears to be useful in explaining the data and predicting results, confidence in the explanation increases. Once there is a strong weight of supporting evidence, we start to refer to the explanation as a “theory”.

The American National Academy of Sciences describes the distinction in usage thus:

“In everyday language a theory means a hunch or speculation. Not so in science. In science, the word theory refers to a comprehensive explanation of an important feature of nature supported by [data] gathered over time. Theories also allow scientists to make predictions about as yet unobserved phenomena…”

So it is understandable that scientists become frustrated with the dismissal of a scientific theory with phrases like, “oh, it’s just a theory”. This sort of language shows a grave misunderstanding of the subject.

Likewise, in common parlance, “faith” is often understood to mean “a belief without evidence”. But in the Christian context, faith carries very different connotations. Theologian Tyron Inbody (in The faith of the Christian church: an introduction to theology) notes three uses of “faith” within Christianity:

Although these three aspects of Christian faith are distinguishable, they are also inseparable. Christian faith is inextricably entwined with understanding: we have knowledge and understanding of God from personal experience, Scripture and the community of believers, and this forms the basis of our trust in God. Inbody writes:

“Faith in the New Testament means belief, specifically belief in God’s Word in Scripture. To have faith is to assent or to give credence; it is to believe. Faith refers to our acceptance of the message of the gospel… Faith means ‘belief in and acceptance of His revelation as true… an act of intellect assenting to revealed truth.”

The Christian faith is not divorced from reason: it is inseparable from reason. But as Thomas Aquinas explained, it is not just an intellectual exercise: it is also an act of will. I decide that certain things are true, and I choose to act on that belief.

Now, why have I put these two difficult words together?

Well, my personal exploration and acceptance of the Christian faith was similar in many ways to the development of a scientific theory. From the tentative hypothesis that Christianity is true, I sought more data with which to test this conjecture. The central elements of Christianity are the claims about the life, death and resurrection of Jesus. I found the evidence of his death and resurrection convincing enough to explore further.

A scientific theory is a framework which helps to explain observed phenomena. What about Jesus’ life and teachings? Do they make sense of the world I experience?  The framework of Christianity explains the world that I see around me more coherently than any other.

Of course, we should seek to challenge any theory to test its robustness, so I do this with my faith. The “problem of evil” is often considered the biggest counter to Christianity: Given that we observe evil in the world, how can we believe in the existence of a God who is both loving and all-powerful? I explore this question, and I come to a remarkable conclusion: Firstly, I find in Christianity a compelling and convincing framework to explain the coexistence of evil in this world and the Christian understanding of God. Secondly, if I try to remove God from the picture, I don’t even know what the word “evil” means. It turns out that the “challenge” becomes still further support for my beliefs. And so my faith grows. The more that I test it, the more compelling it becomes.

Christianity also claims that we can experience God personally. Here we must move to the “belief in”. I move from a position of intellectual assent and step out: I seek to meet with God through prayer and personal experience. He meets me. The God I encounter personally resonates completely with the God of my intellectual assent. My faith grows.

From my experience, my belief in God, comes my loyalty to God. I have found that if I seek to live my life in accordance with His will and listening to Him, my life is a much better place. He has shown Himself to be faithful and good.

I do not think that my personal experiences are unusual: in fact, I would say that the process I have described is analogous to the faith of most any Christian. The details will be a bit different, of course. St Paul had a rather more dramatic starting point for his faith, but he still based it on beliefs about God: specifically, beliefs that Jesus was God and that he was resurrected from the dead. Paul’s belief in and loyalty to God were a response to this.

“I cannot… imagine a Christianity in which the would-be Christian has no sense, and never has had any sense, of the presence and love of God, or the reality of prayer, of their everyday, this-worldly life being somehow addressed, interpenetrated, confronted, embraced by a personal being understood as the God we know through Jesus.”

For a final description of faith in a Christian context, I close – as is often the case – with C. S. Lewis. In Mere Christianity, Lewis writes:

“Faith, in the sense in which I am here using the word, is the art of holding on to things your reason has once accepted, in spite of your changing moods.”

Copyright for all material is retained by the author (apart from referenced quotations). Reproduction in part or in whole without the expressed consent of the author is not permitted.
%d bloggers like this: