Today saw the release of the 2016 census results by the Australian Bureau of Statistics. Much of the coverage was focused on the increased proportion of respondents ticking “no religion” as their preferred option, with commentators either lamenting or cackling with glee, as their personal proclivities dictated. However, more thoughtful observers noted the actual options of the census question on religion lacked the nuance that the real religious landscape displays.

The inimitable James Garth stepped up to the challenge of “improving” the question to reflect a broader range of options. ABS, please take note.

One of the effects of the current political landscape in the USA has been to highlight the diverse attitudes and stances that exist within the various churches in the country.

Depending on your news sources, you may not fully appreciate that there is a vast range of positions within Christendom on issues of politics, social justice, ethics, and the relationship between a believer’s duties as a citizen of the state and as a follower of Jesus. Even with agreement on certain beliefs, there may still be a diversity of opinion on how exactly those beliefs should play out in the world and in our daily lives.

Here’s a perspective that hasn’t had much play in the media, courtesy of Trinity’s Portico. Enjoy!

An Open Letter to Rev. Franklin Graham from a “Small Church” Pastor

It’s the Olympics! That quadrennial celebration of outstanding athleticism, government corruption, hastily-erected construction projects that will never be used again, and staggering public debt for the host city. Hooray!

All those issues aside, I’m noticing another fascinating aspect of the Olympics. It’s a great snapshot of where media culture is around the world.

This is particularly useful in an age of social media, which by its very nature encourages us to overwhelmingly live within our own little echo chambers of like-minded people. It’s easy to miss the fact that other people have different baseline assumptions and biases when you don’t intersect with those people at all in the news that you consume and the social interactions that you engage in.

For instance, take this headline:

END_OF_DOCUMENT_TOKEN_TO_BE_REPLACED

A few days ago a pair of Dutch comedians, Sacha Harland and Alexander Spoor, decided to perform the sort of lame prank that is guaranteed to pull internet views. They wrapped a Bible with a cover reading “Holy Quran” and then read excerpts to random people in the streets to get a reaction. 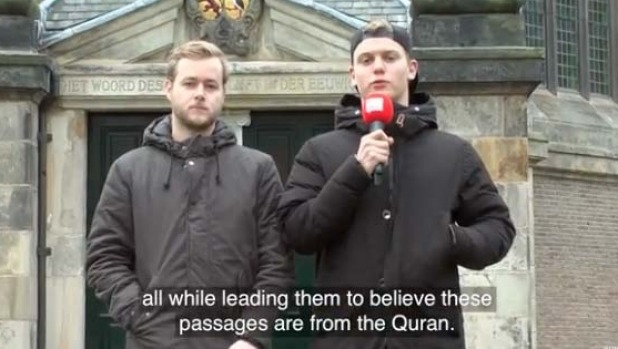 The Age newspaper had an article on it, Patheos had a post about it on The Friendly Atheist, it’s been featured far and wide. It has over a million views on Youtube.

The creators explained the experiment thus:

“Muslims have been accused of following a faith that has no place in our Western culture. What about Christianity? A religion that has influenced our culture greatly.”

END_OF_DOCUMENT_TOKEN_TO_BE_REPLACED

Over in the Guardian‘s website, prominent atheist Julian Baggini has written a Heathen Manifesto in which he calls for atheists everywhere to stop insisting on a polarised society and try to listen a little more to what he calls the “moderate middle”, those who lack religious belief but are also turned off by the froth and vitriol of Dawkins et al.

As Baggini puts it in his introduction:

“This manifesto is an attempt to point towards the next phase of atheism’s involvement in public discourse. It is not a list of doctrines that people are asked to sign up to but a set of suggestions to provide a focus for debate and discussion. Nor is it an attempt to accurately describe what all atheists have in common. Rather it is an attempt to prescribe what the best form of atheism should be like.”

I rather like Baggini. More than many other atheist writers he is willing to conduct a reasoned dialogue rather than simply engaging in posturing and rhetoric. And I was very interested in his manifesto, so let’s go through it briefly. I’ve kept his headings to give this some sort of structure, and inserted my own comments at various junctures. Baggini’s manifesto is in italics, my own insertions are in normal typeface. Some sections have been trimmed for brevity. 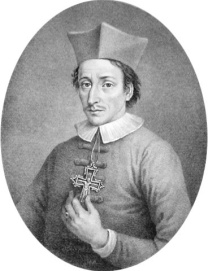 Today marks the 374th birthday of Nicolas Steno, a pioneer in geology and anatomy in the 17th century. Steno (Neils Stensen in the original Danish) was born in 1638 in Copenhagen, and after completing his university education in Denmark he spent the rest of his life travelling throughout Europe and collaborating with prominent physicians and scientists.

While the common approach of scientists at the time was to appeal to the ideas of Aristotle and Pliny, Steno was determined to examine evidence for himself and draw his own conclusions. He was guided in this by his religious convictions about God as Creator of the natural order.

END_OF_DOCUMENT_TOKEN_TO_BE_REPLACED

The Telegraph has an interesting short piece from Alistair McGrath today. He looks at the parallels between the faith in the Higgs boson and faith in God, both based on explanatory power rather than direct experiemental observation. He concludes:

“Some tell us that science is about what can be proved. The wise tell us it is really about offering the best explanations of what we see, realising that these explanations often cannot be proved, and may sometimes lie beyond proof. Science often proposes the existence of invisible (and often undetectable) entities – such as dark matter – to explain what can be seen. The reason why the Higgs boson is taken so seriously in science is not because its existence has been proved, but because it makes so much sense of observations that its existence seems assured. In other words, its power to explain is seen as an indicator of its truth.

“There’s an obvious and important parallel with the way religious believers think about God. While some demand proof that God exists, most see this as unrealistic. Believers argue that the existence of God gives the best framework for making sense of the world…

“There’s more to God than making sense of things. But for religious believers, it’s a great start.“

Read the rest of the article here:

Higgs boson: the particle of faith

Copyright for all material is retained by the author (apart from referenced quotations). Reproduction in part or in whole without the expressed consent of the author is not permitted.
Spiritual Meanderings
Blog at WordPress.com.
%d bloggers like this: